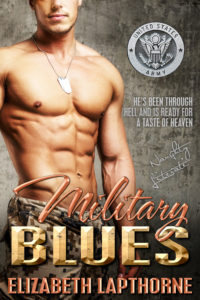 Milly looked up at the ramshackle old house.

Enormous, it looked like it could contain two or even three living areas and at least four bedrooms. The high beams of the roof had Milly betting there’d be a decent sized attic hidden away up there too. Shuddering slightly at the thought of decade’s worth of cobwebs, spiders and creepy crawlies she was glad it wasn’t her who had to clean such a spacious, albeit fabulous, home.

“This isn’t a date, dumbass,” she muttered to herself. “You’re just catching up with each other like normal people do. Friends.”

Milly briefly clenched her hands into fists and took a deep breath to calm her pounding heart. Reaching out she opened the gate, which creaked ominously. She walked up the broken footpath to climb the steps onto the wrap-around front porch.

Her imagination pictured the area freshened up, maybe some brightly colored paint and new tiling on the ground. As if taking on a life of its own she could immediately picture two wicker chairs with fat, padded cushions on the seat placed either side of a low-level wicker table. A pitcher of lemonade—or perhaps Long Island Iced Tea—would sit sweating and invite visitors to just stop on by for a chat.

Milly shook her head. The daydream was vivid and guaranteed to set her up for heartbreak if she lingered much longer.

“Normal people,” she reminded herself. “Friends.”

“What was that?” Luke shouted from somewhere inside. The front door stood open, as did some of the windows along the front side the house. She didn’t realize until the noise stopped, but some sort of power tool had been whirring busily away.

Milly tried to think of what to say that could have her sounding both casual and cool. Before she could come up with anything Luke appeared in a sweaty, clinging t-shirt and work pants. For the first time, Milly noticed his limp. She frowned, wondered if he’d hurt himself or stubbed a toe, but something stilled her tongue and the questions that formed there.

“You made good time,” Luke pulled out a rag from his pocket and wiped his hands.

“I just came straight from work, I was on another double,” she said. “Five till four. The hours totally suck, but I need the money.”

He nodded and for a moment she thought he was going to ask a question. Like her though, something gave him pause.

It’s a bit like a dance, she realized. Some things we’ll get right to the heart of immediately, but others we’ll circle for a while, trying to find our footing before we move ahead.

For some reason this understanding eased a knot of tension she hadn’t even noticed had taken up residence in side her. There were things they could talk about, prod and question, and other things they weren’t yet ready for.

Milly smiled, relaxed and felt genuinely at ease for the first time since she’d caught sight of Luke through the motel room window the previous night. Something must have silently been conveyed to him too, for his eyes crinkled slightly as he grinned back at her.

“Show me around this lovely Old Lady?” she asked.

Gallant to the bone, he held out and crooked his arm. She threaded her arm through his and let him lead her inside.