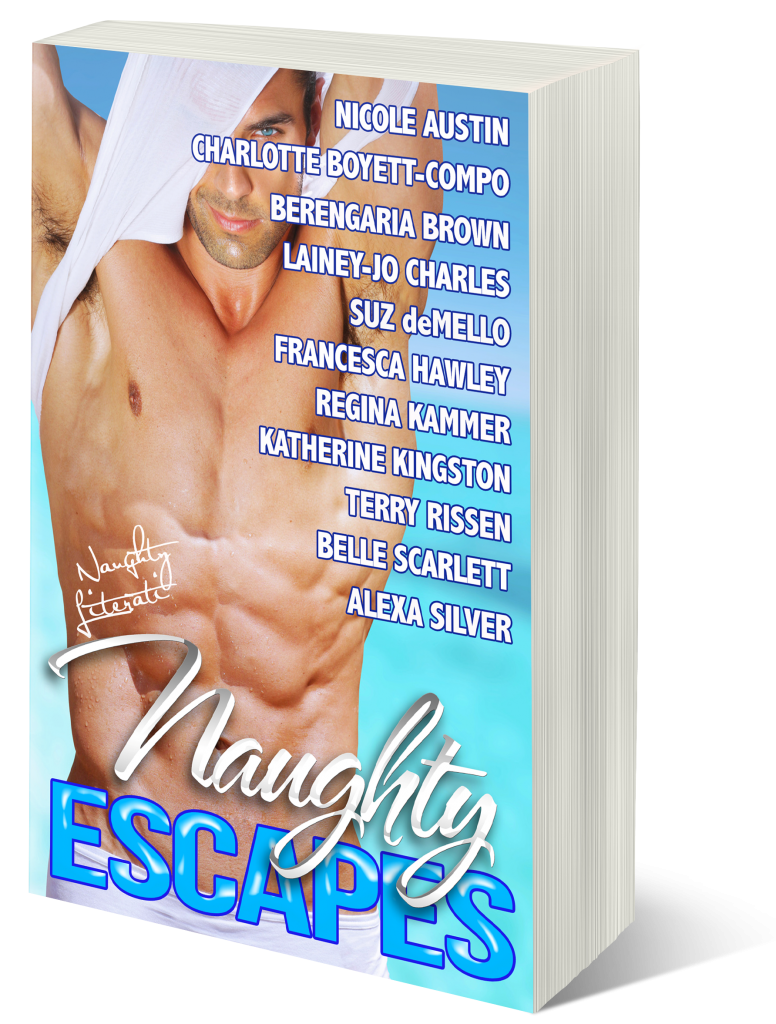 Take a naughty trip around the world with us to a penthouse playroom in San Francisco, the shore of Lake Superior, a deserted island in The Bermuda Triangle, a Mob-controlled nightclub in pre-revolutionary Havana, along the River Cam near Cambridge University in England, a sex club in Paris, a nude beach in Barcelona, the ancient Mayan ruins at Chichen Itza, a villa overlooking Lake Como in Italy, a honeymoon in Berlin, and a swanky condo in Zurich.

Hybrid Mates: Sex Me Up ~ Nicole Austin
One night at a Paris sex club—no-strings, complications or inhibitions—just lots of fantasy sex. But in the morning I forgot the most important rule. Never run from a feline predator—they live for the chase.

Part 1: The WyndMaster’s Escape ~ Charlotte Boyett-Compo
A love as old as time can sometimes lead to a future one warrior never wanted.

Fireworks At The Lake ~ Berengaria Brown
Andrew didn’t want to spend the Fourth of July long weekend with the people from the office so he goes to Lake Superior instead. There he sees Luke, a blond Viking who arouses every craving for love and lust inside him. But can he overcome his low self-esteem from when Rory rejected his love and open his heart to another man?

Punting on the River Cam ~ Lainey-Jo Charles
Having escaped being roped into wedding party activities, two American strangers turn a day of sightseeing in Cambridge, England into a series of passionate encounters.

Window Display ~ Regina Kammer
The apartment in Zurich was supposed to be the perfect disruption-free place to finish my dissertation. Trouble is, my room came with a very distracting view.

The Lake by Moonlight ~ Katherine Kingston
Julie Forrester returns to Lake Como in Italy to evaluate some paintings for a former professor–and to re-evaluate her relationship with the man.

The Bermuda Love Triangle ~ Belle Scarlett
Castaway in the Bermuda Triangle, Trista finds herself torn between two sexy shifters. Neither will share her so she must choose between them. Decisions, decisions…

Get Away ~ Alexa Silver
A-list actor Bryson runs into a gorgeous—and very naked—man on a Barcelona beach. Kell looks familiar but Bry can’t quite place him. After a sexually-charged meeting, they go their separate ways, or so Bry thinks. Fate comes knocking with an invitation to a party, and a date with destiny.