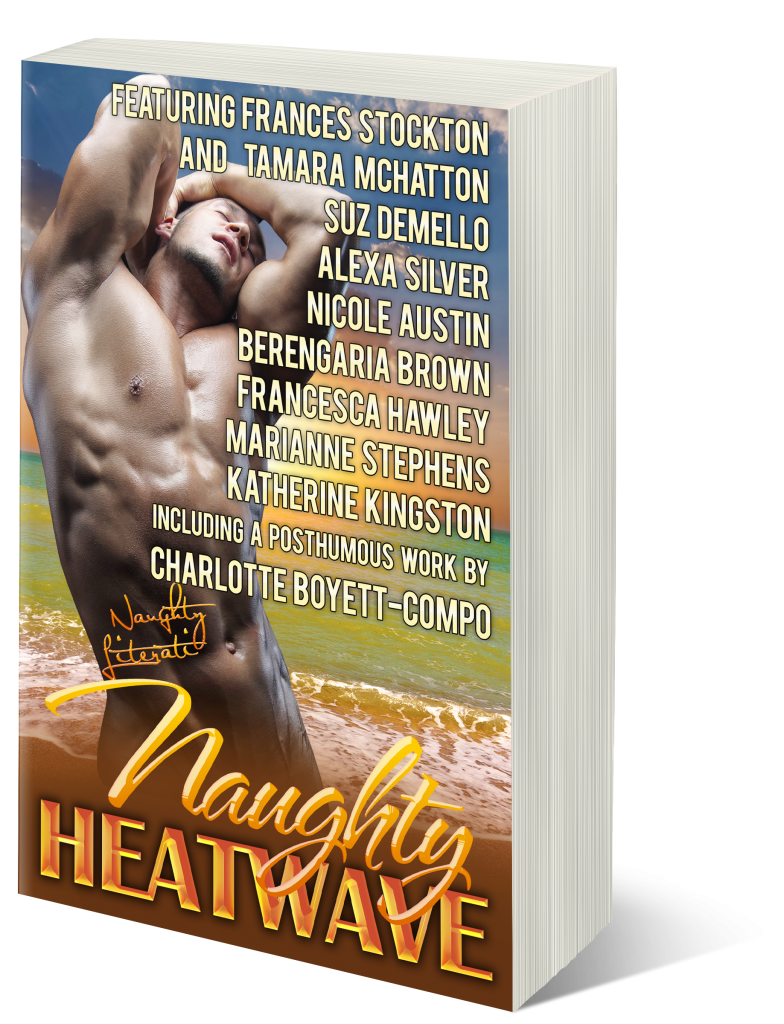 Turn Up The Heat

Featuring:
Paradise Found ~ Frances Stockton
When Cara Summers and Ian Hamilton are selected for a contest to live off the grid on a private island both have their reasons for needing the grand prize. Neither expects an instant attraction. As the temperature rises between them will they find love or end in heartbreak when reality returns?

Featuring:
Sex Wax ~ Tamara McHatton
Enchanted by a sun-kissed Adonis that sweeps her off her feet, both figuratively and literally, Brooklyn is willing to play on the ever changing tides of her life.

Alice’s Sheikh ~ Suz deMello
A virginal English noblewoman finds herself under the complete control of an autocratic sheikh–an unexpectedly sexy one who will do whatever he must to have her.

Kismet ~ Alexa Silver
Jon and Alan get together once a year. When Jon’s wife interrupts their reunion, passion explodes. Ghosts from the past threaten to upset the delicate balance.

Alien Rights ~ Nicole Austin
Be careful what you wish for—it just might come true. While Emily may have wished to be taken away, waking up on an alien cruiser, naked and intensely turned-on wasn’t what she’d had in mind.
*This title has been previously published*

Hot Buns ~ Marianne Stephens
Angela offers to pay Vinnie to use his bakery ovens until hers are delivered. For financial reasons, he agrees. Being near her threatens his determination never to forgive her betrayal. When the truth surfaces, both must share the blame. Can smoldering love between them flame into passion once again?

Weapon of Choice ~ Katherine Kingston
Selvya’s gift for controlling fire made her a weapon in the hands of unscrupulous men. The king’s commander offers a chance for revenge and redemption, but it’s a risk she’s not sure she can take.

The MageWynd’s Cauldron ~ Charlotte Boyett-Compo
Confined to quarters in a windowless room without air conditioning, Finn O’Kelly thinks he’s dropped into hell. When the lovely electrical tech comes to his door to fix the problem, Finn finds out what heat really is! 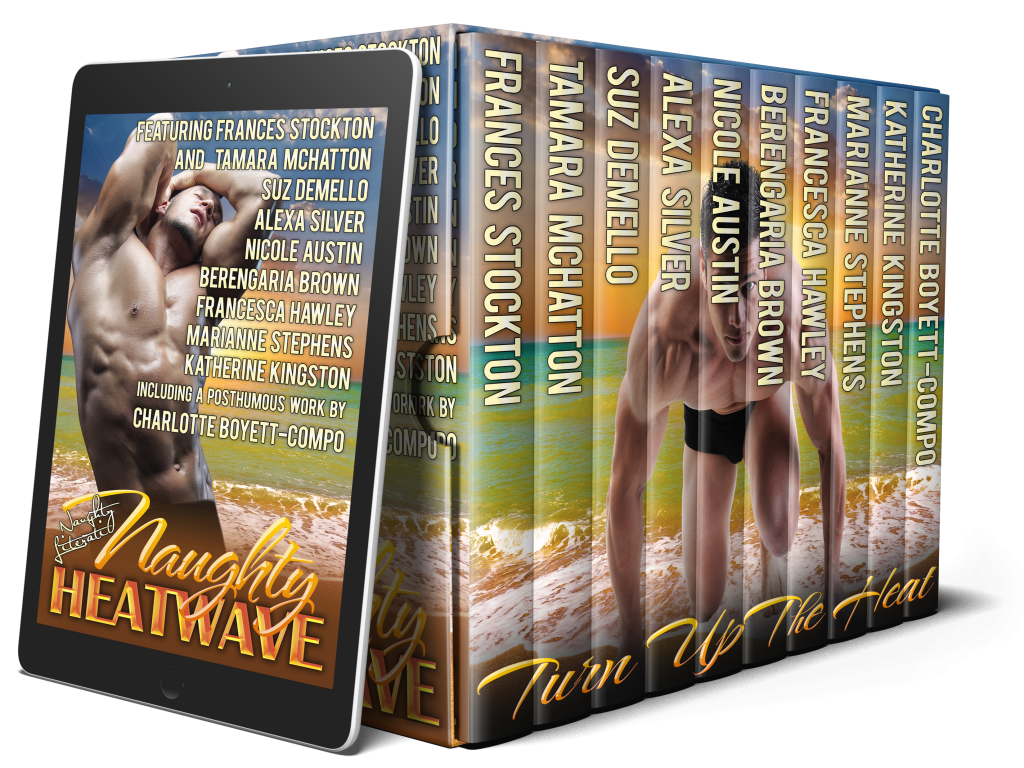