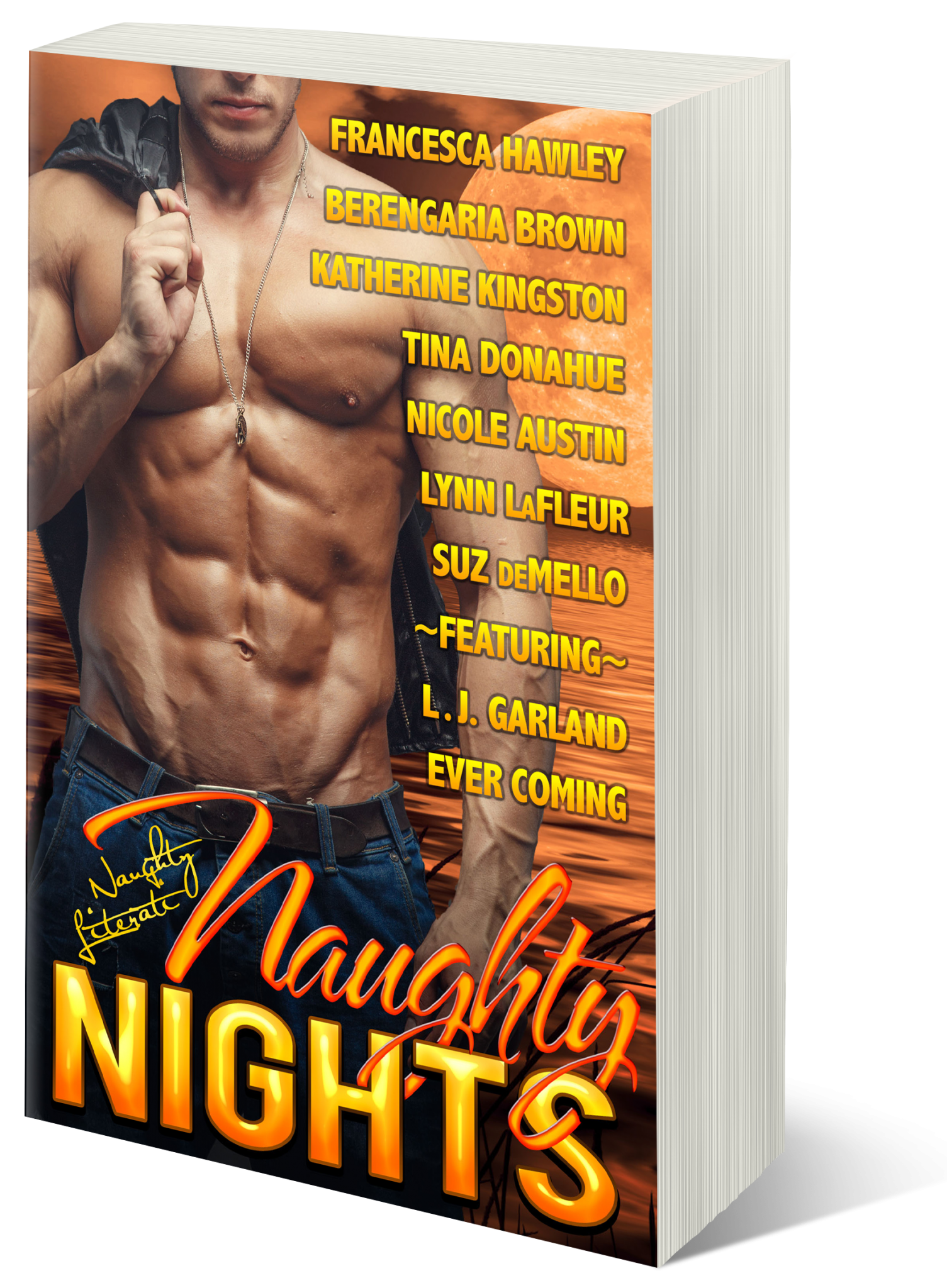 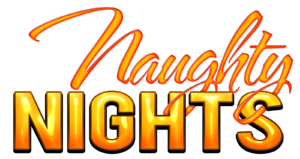 Fire and Ice ~ Francesca Hawley
What does a sassy shifter sub do when she wants a new Dom? Puts herself up for auction. Fiery Beck Blackwolf can’t believe it when Mr. Icehole, Scott Whitewolf, melts enough to outbid everyone. Can fire and ice mix or will fear and family dysfunction burn out of control?

Dogged Pursuit ~ Berengaria Brown
Dwyer’s nose is telling him Nelson is his mate. But werewolf tradition says a male’s mate is always a female.
*This previously published story has been revised and re-edited.*

Missing Pixie ~ Katherine Kingston
It started with an escaped pixie and then Lauren’s involvement with sexy Ryan Davidson and his daughter took a turn into the really bizarre.

Wicked Hot ~ Tina Donahue
When bad boy rockers Scott and Noah unexpectedly land in Hell, they don’t expect to meet Patience, their lovely admissions coordinator. What happens next is sinfully wicked and pure heaven.
*This previously published story has been revised and re-edited.*

Queen of Hearts ~ Nicole Austin
One CIA operative on a mission to take down human traffickers. Three former Army Rangers out to reclaim a cache of stolen weapons. When their worlds inevitably collide it’s taboo, forbidden and explosive.

Detour ~ Lynn LaFleur
Vampire Tain Remington helps Marina Black when she gets lost, and discovers she has the special gene that declares her to be his mate.
*This previously published story has been revised and re-edited.*

The Cowboy, His Countess, and Her Companion ~ Suz deMello
The Honorable Amelia Haddon must marry, or lose the income that supports her and her “companion.” Averse to men, she is desperate until an American cowboy proves to be her unlikely rescuer. But will judgmental society drag this happy trio apart?
*This previously published story has been revised and re-edited.*

FEATURING:
Angel Blues ~ L.J. Garland
Though Ford has aspirations beyond bartending, life seems to conspire against him. But when a curvy blonde with a guitar shows up, everything changes. Angelina just wants to play guitar. Will a hurricane, egotistical lead singer, and sexy bartender stand in her way?

Date Night ~ Ever Coming
A visit to the local pickup bar takes Lila out of her safe little world and into the arms of the hottest guy in the place. The weather might be turning brisk, but the heat Lila encounters is sure to keep her warm. 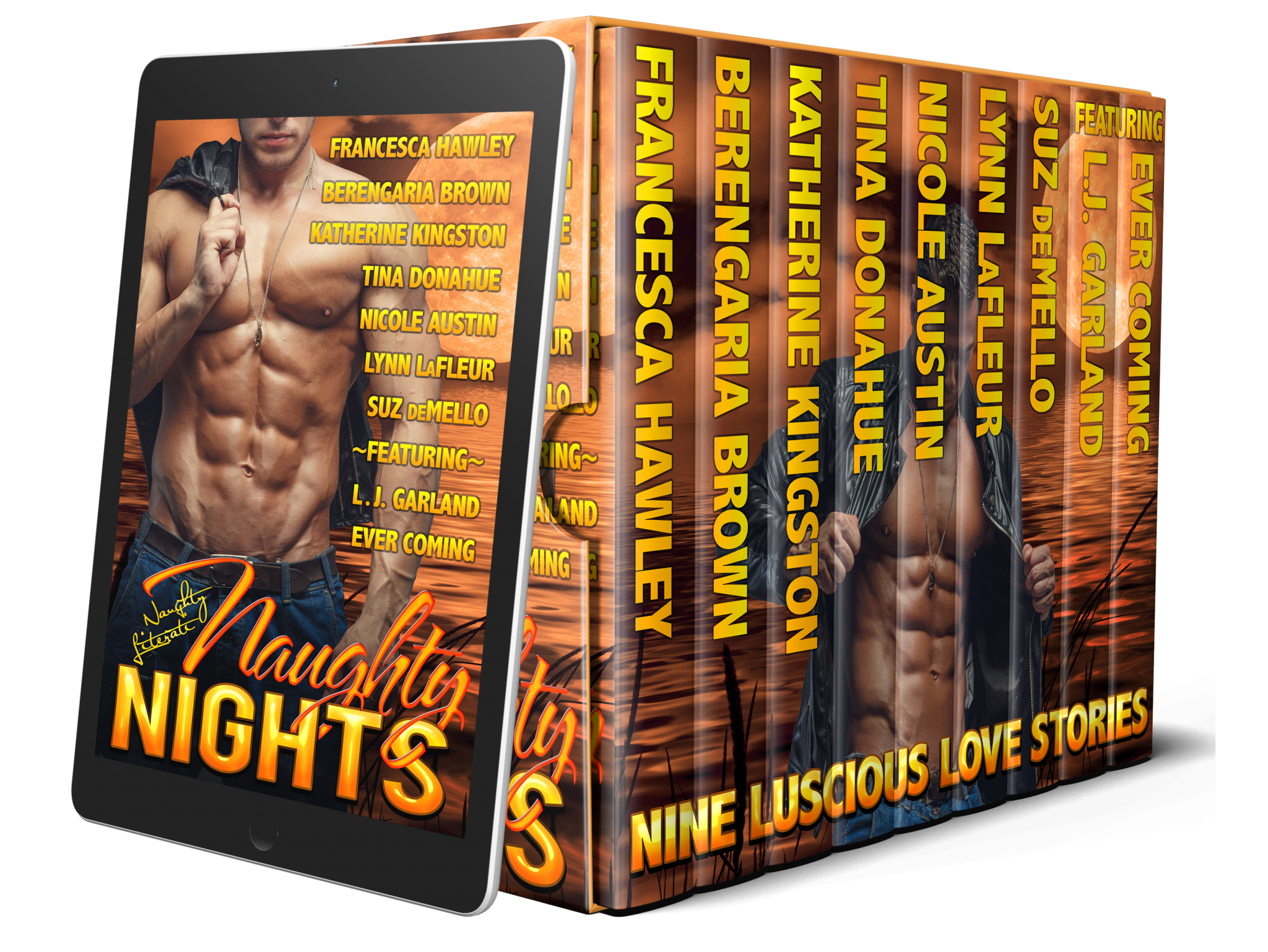